The Language of Those Little Details…..

When can you communicate without saying a word?  The answers might be “with your eyes”, “with your hands”, “with a note” …

But how about “with a shifting of the hips or the shoulders”, “with a reaction”, “with a change in behavior”?

When it comes to a BabyGirl, “Little” Details has two meanings because there are two sides to every BabyGirl:  What she feels on the inside and who she is on the outside.

The first meaning deals with those smaller moments – being the details of when she is little. 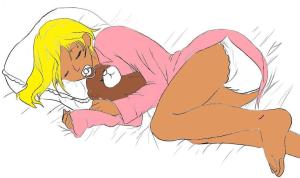 Curling up in a fetal ball as she sleeps means she’s Dreaming Big about Being Little.

Wandering eyes during a diaper change means she’s either trying to handle the overwhelming feelings of the moment … or her mind is all ready so little that her attention is being drawn to something else on its own.

But some are more subtle: 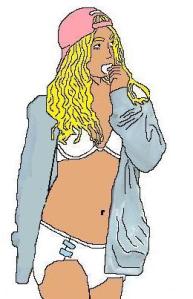 A Lowered chin, gazing up with widened eyes means she is feeling little.

A Lowered chin, gazing up with widened eyes and a troubled brow means she is feeling little and insecure.

Shying away from favorite activities means she might need a change but doesn’t want to say anything.

Bursting out of the house, holding hands and skipping means her playfulness she can no longer contain.

The second meaning of “Little” Details – being when she makes gestures or movement that give hints of what she is thinking.

Her hands over her face means she is embarrassed or overwhelmed, an obvious one.

But some are a bit more subtle:

Staring out or down, rubbing the flat part of her right thumbnail on her bottom lip means she is deep in thought.

“The above” … while rocking back and forth means the thought is intense or little, or both.

“The above” … while smoking means the thought is troubling and she is apprehensive about mentioning it.

Her hands in fists in front of her mouth, sometimes clenching a blanket edge means she is filled with joy or excitement or a moment of blissful decision.

Walking from one room to the next, picking things up and cleaning up as she sways, keeping her arms slightly extended out from her sides means she is keeping herself busy until she remembers what it is that she came downstairs to do.

Pushing the left side of her lower lip out with her tongue while she looks from left to right means she is in multi-tasking mode.

Walking at a fast pace up the stairs, then turning around and running back down the stairs means she has finally remembered what it was that she wanted to do down there.

A Beaming smile with a brightened face which illuminates the entire room means she is feeling Love.

Scrunching up her mouth and raising her eyebrows means she has drawn a conclusion.

Lowering her eyes quickly, exhaling through her nose, running her tongue over her teeth behind closed lips means she is re-evaluating her conclusion.

Wearing sunglasses on a cloudy day means she has a thought she wants to keep to herself.

Wearing sunglasses on a sunny day means she has a thought she wants you to guess at.

From either side of her and from either state of mind, be it Big or Little, there is merit in learning what she is saying without saying a word.  It’s The Language of Those “Little” Details …

One response to “The Language of Those Little Details…..”